I finally did it, I moved on to the etching process.  As mentioned previously, I'm following a combination of various methods posted around the Internet.  (Standard warning: do your own research, don't take my word on any of this.) 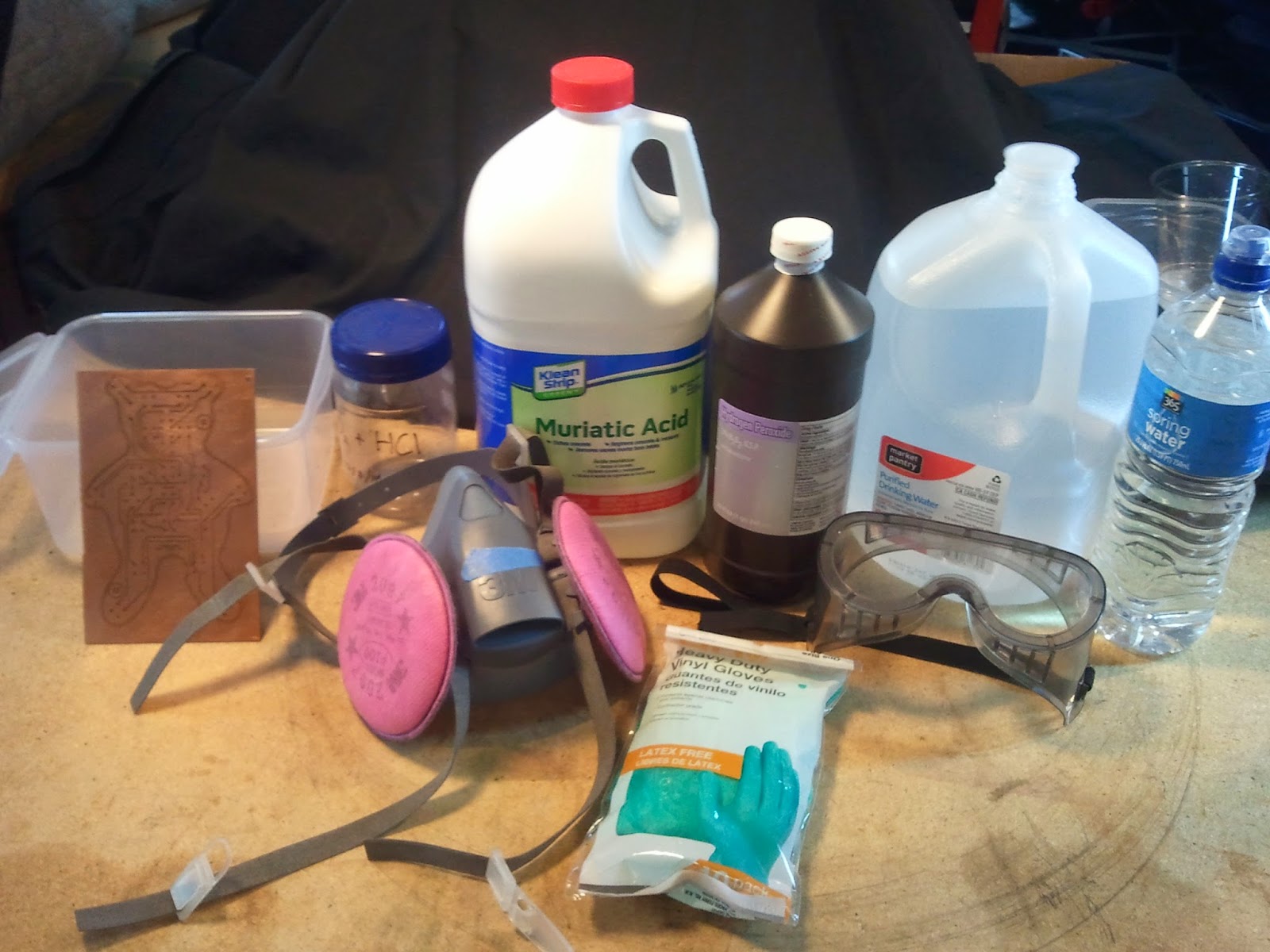 The setup.  Since working with chemicals, in particular acid, scares me, I probably over did the safety gear.  I wore goggles, an apron, respirator (with P100 level filters), vinyl gloves, and a face shield.  I'm sure my neighbors thought I was cooking meth.  I also kept plenty of water nearby for rinsing and emergency flushing. 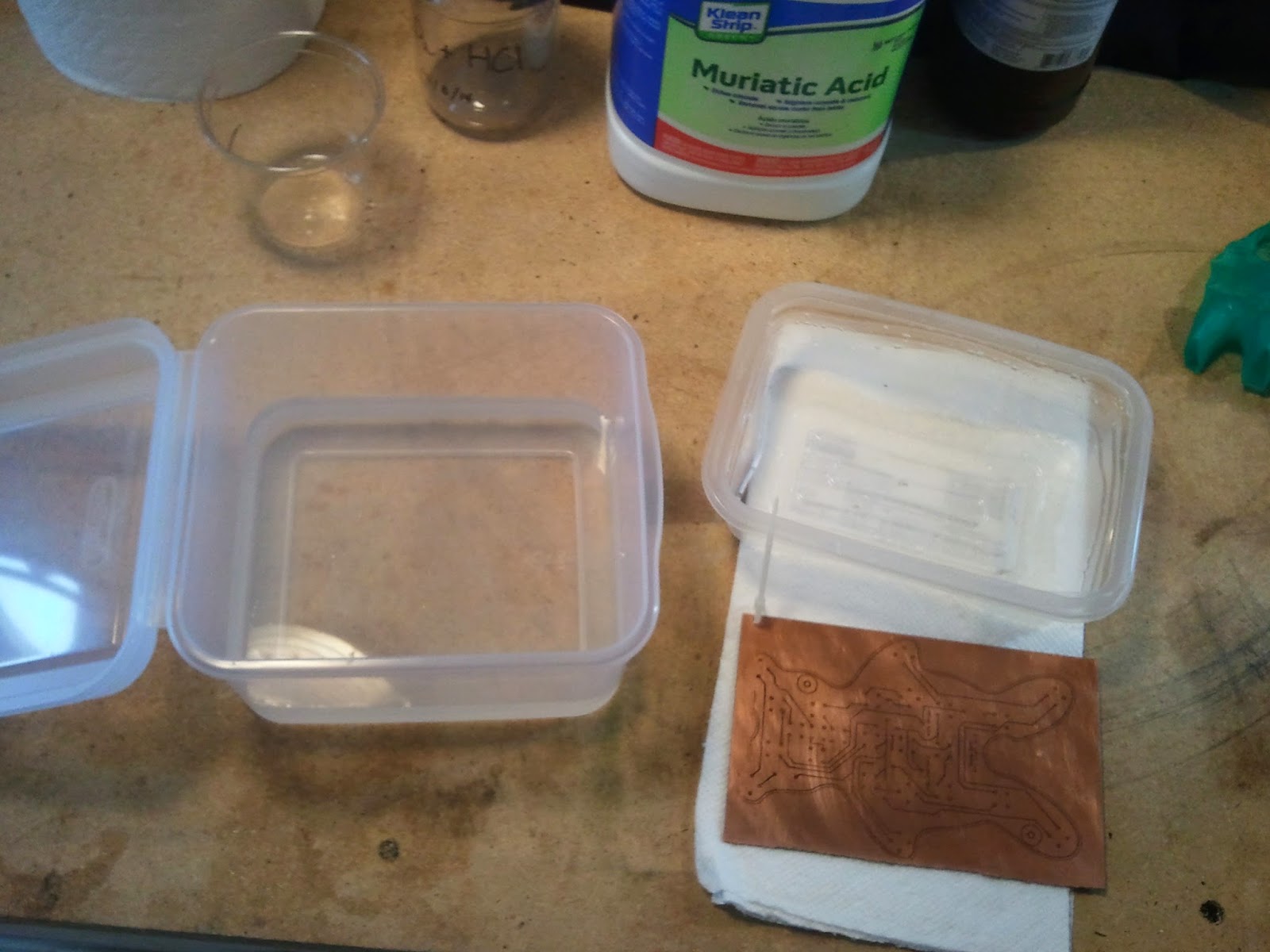 I went with transfers #4 on one side of the board and #6 on the other.  I used 3 parts H2O2 to 2 parts HCl as suggested in most of the posts I read.  (The zip tie on the board provided a convenient, non-metallic way to handle it.)

It did take longer to etch than I expected.  I think it was in the solution for almost 20 minutes whereas I thought it'd only require a couple of minutes based on what I was reading.  Granted, most of those examples used a much smaller board and I'm not certain of the copper thickness they used.  In addition, it was a bit chilly this morning.  I think it was barely 60 degrees in the garage so I'm sure that had an affect on the required time as well.

I should also note, I had transfer #4 facing down in the solution for most of the process.  That side seemed to etch about twice as fast as #6 which, I'm sure has to do with the Oxygen and other gases being released as part of the process. 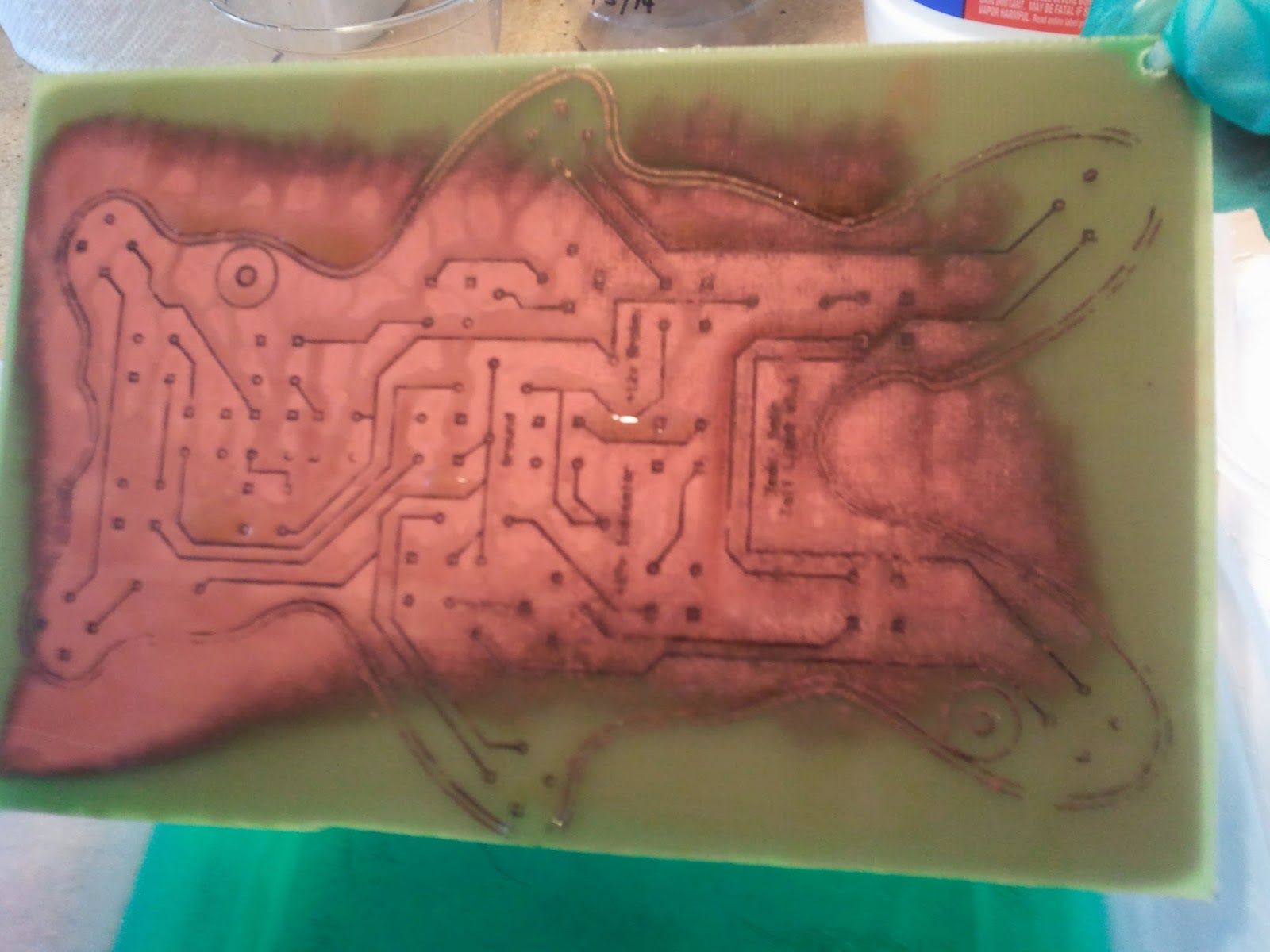 After 10 minutes the copper is finally beginning to disappear on #4.


At the 15 minute mark #4 is done but the side with #6 looks like the other five minutes prior.  It was at this point that I began putting #6 facing down in the solution. 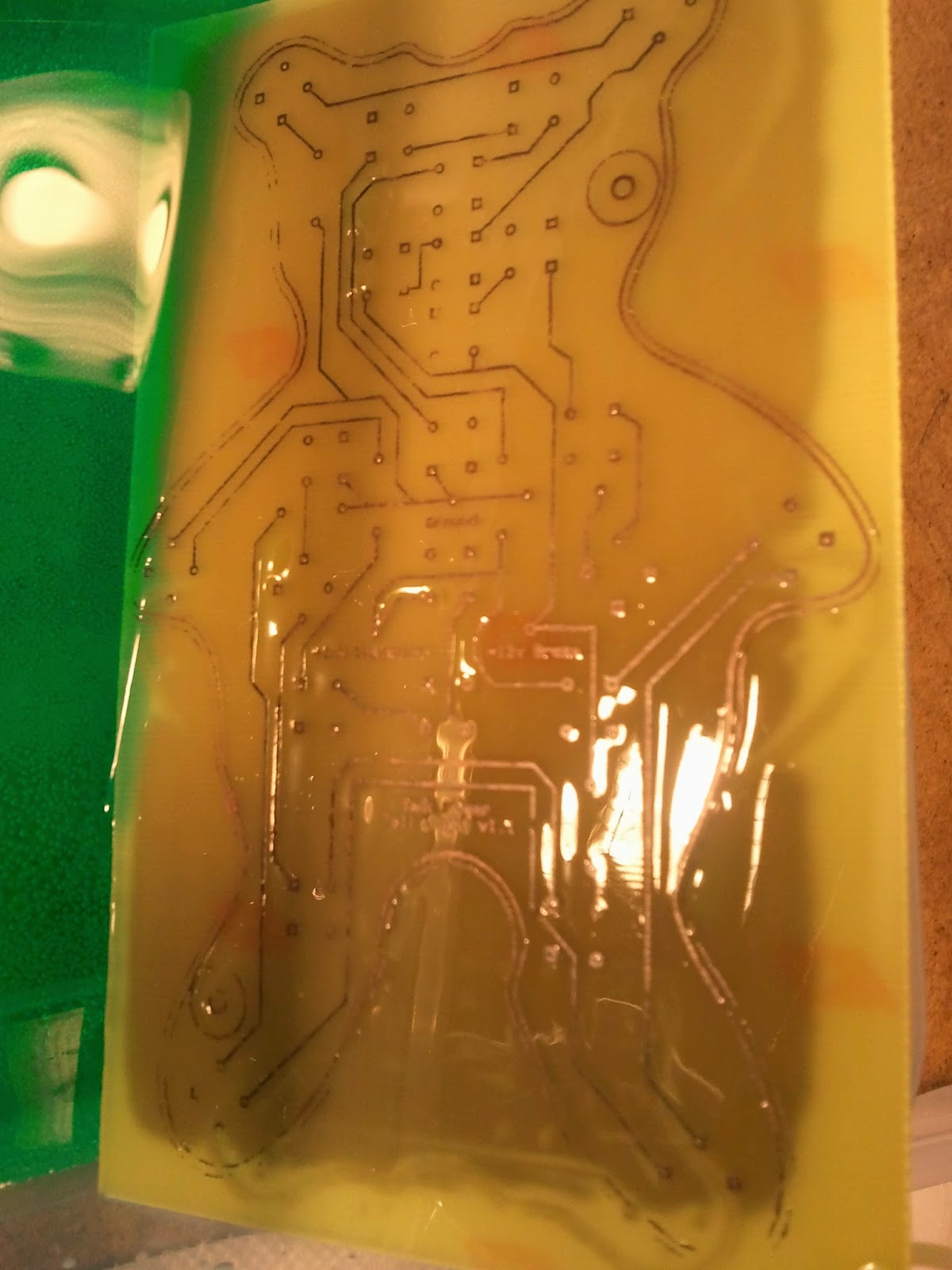 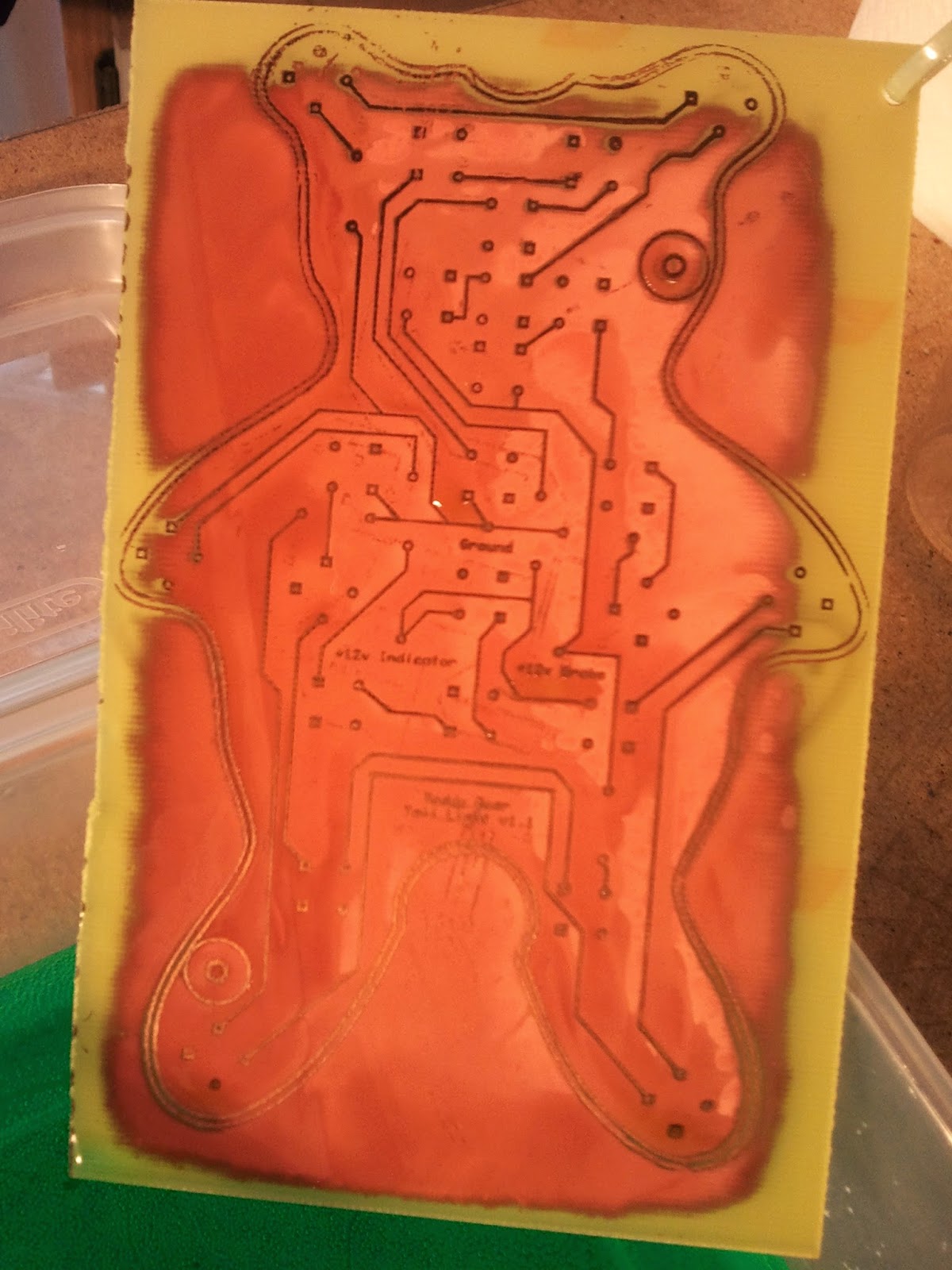 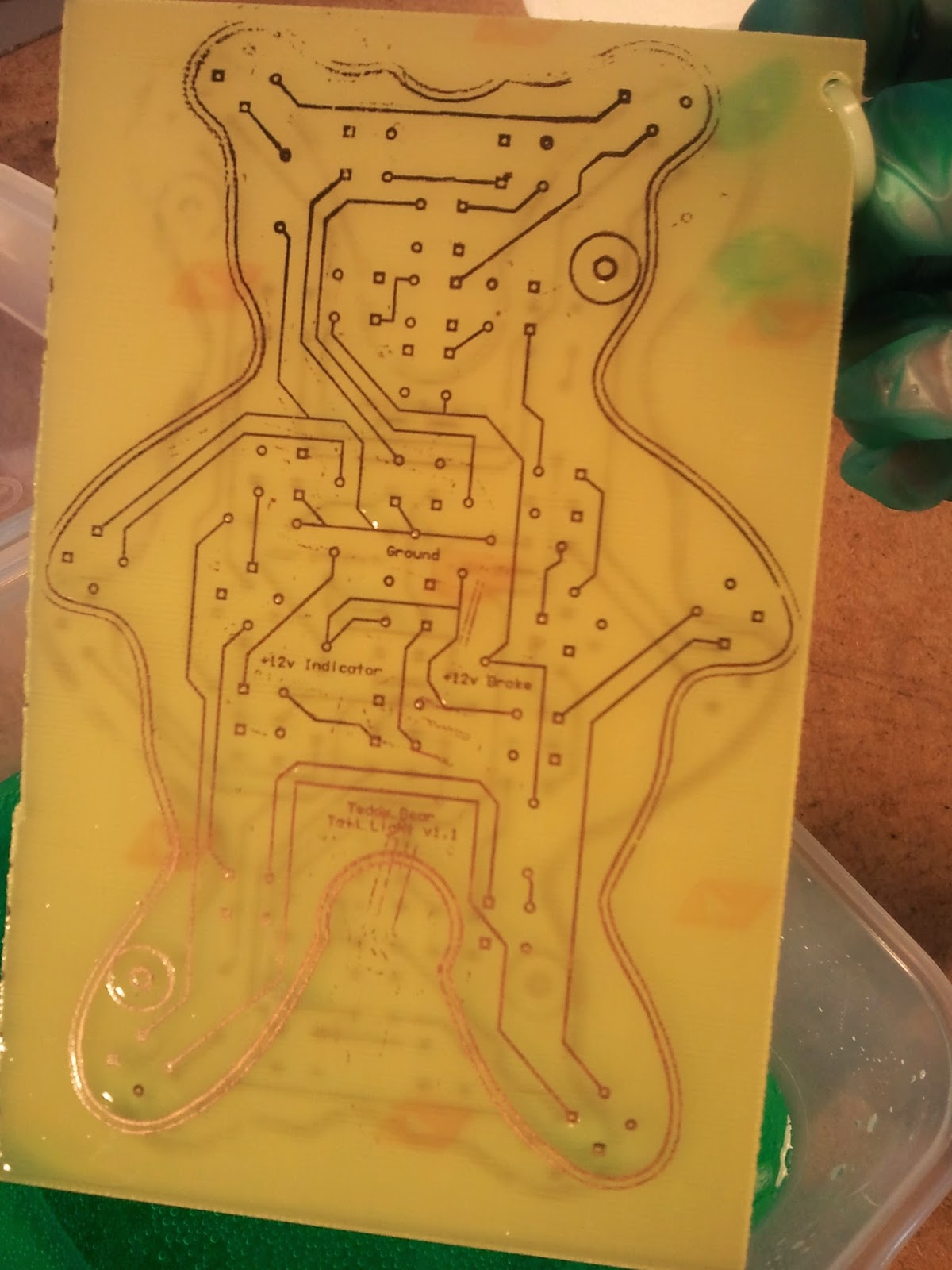 20 minutes since beginning, both sides are finally done. 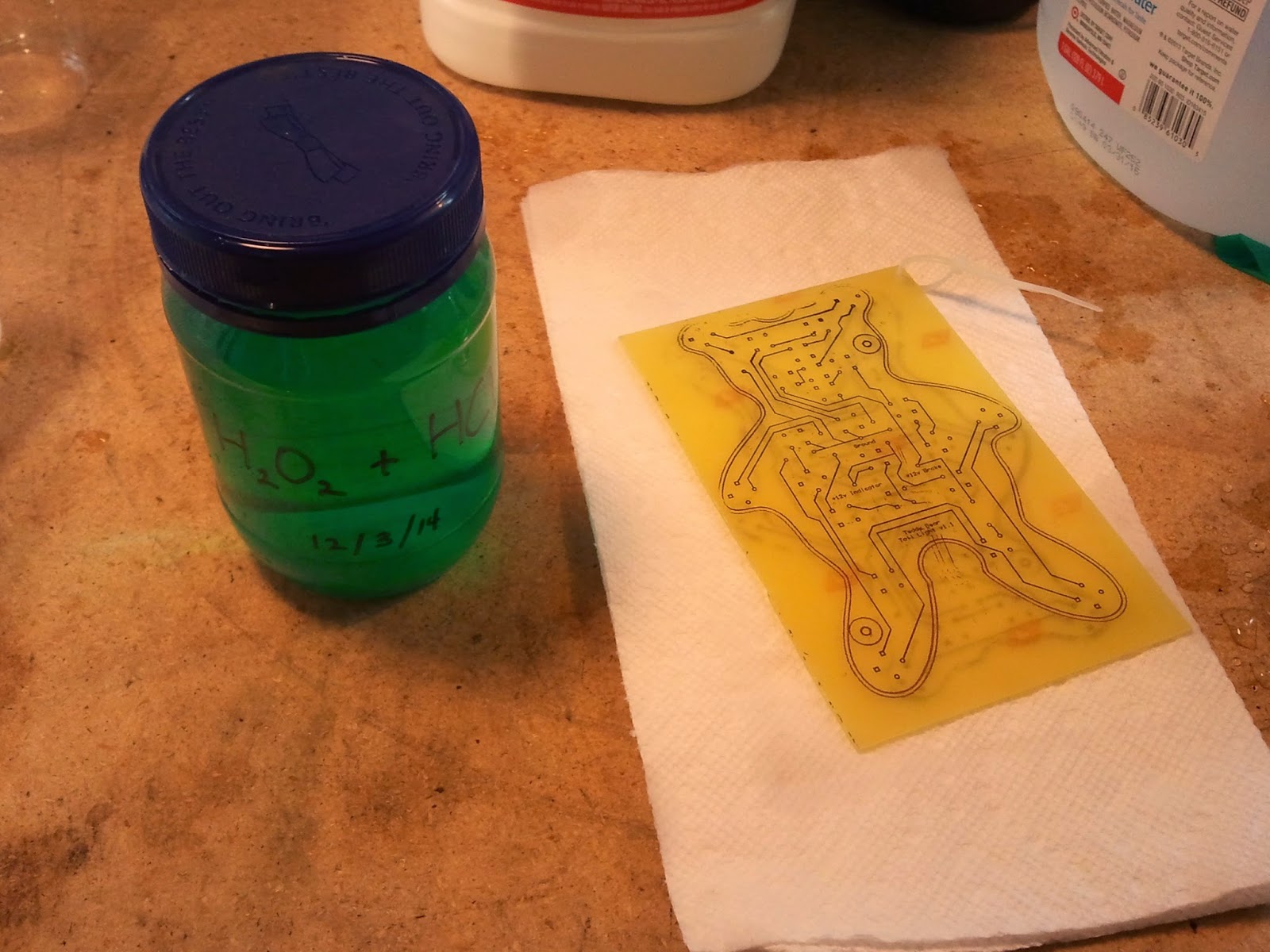 Here it is after rinsing the board thoroughly with water and storing the solution in a plastic container.  Apparently it is reusable provided you re-oxygenate it.

And, finally, both sides of the board after the toner was cleaned off with Acetone.  Side #4 didn't come out all that great but that was expected.  I think it was made even worse due to over etching since it was exposed so long after it was finished while waiting on side #6. 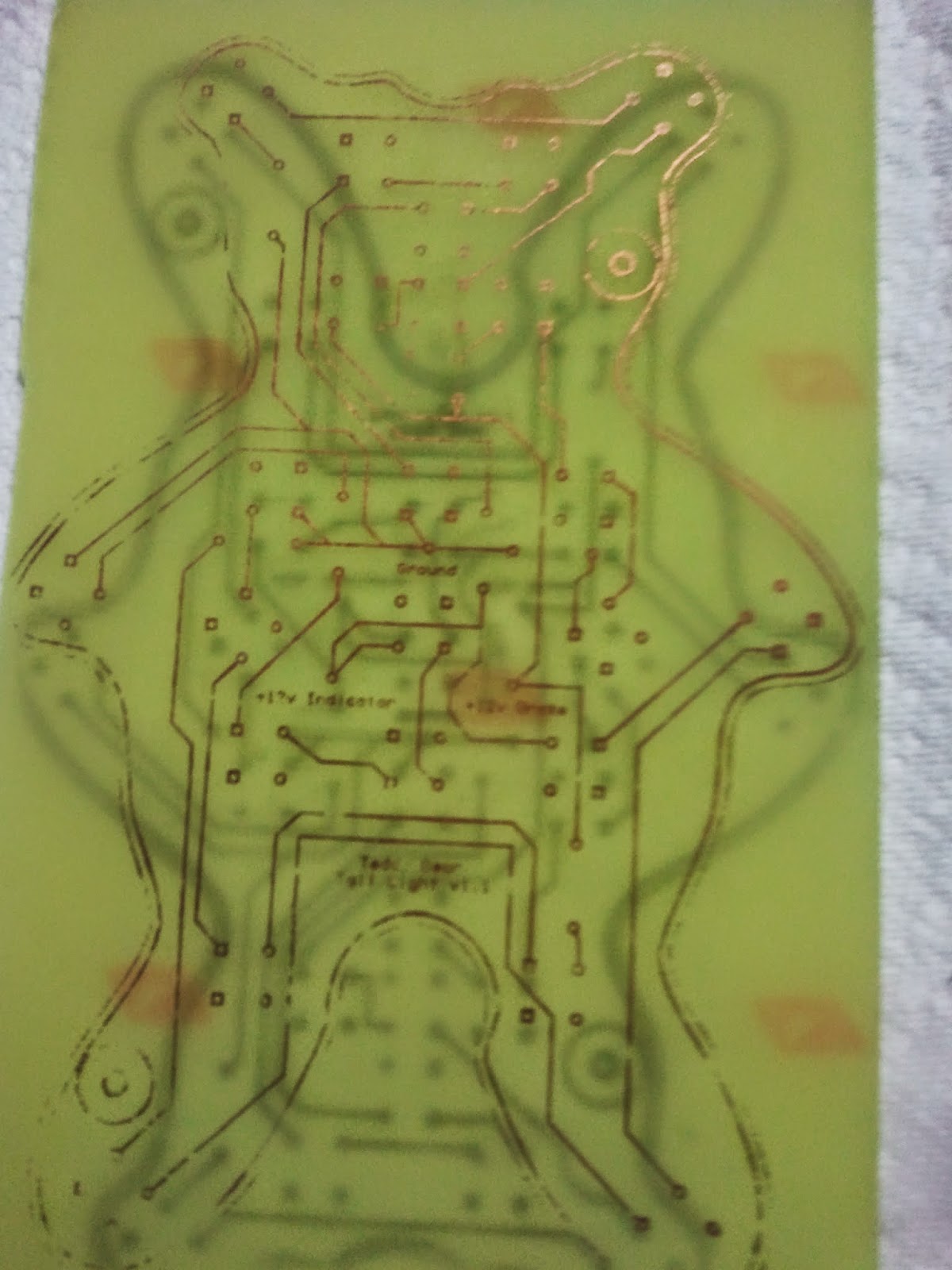 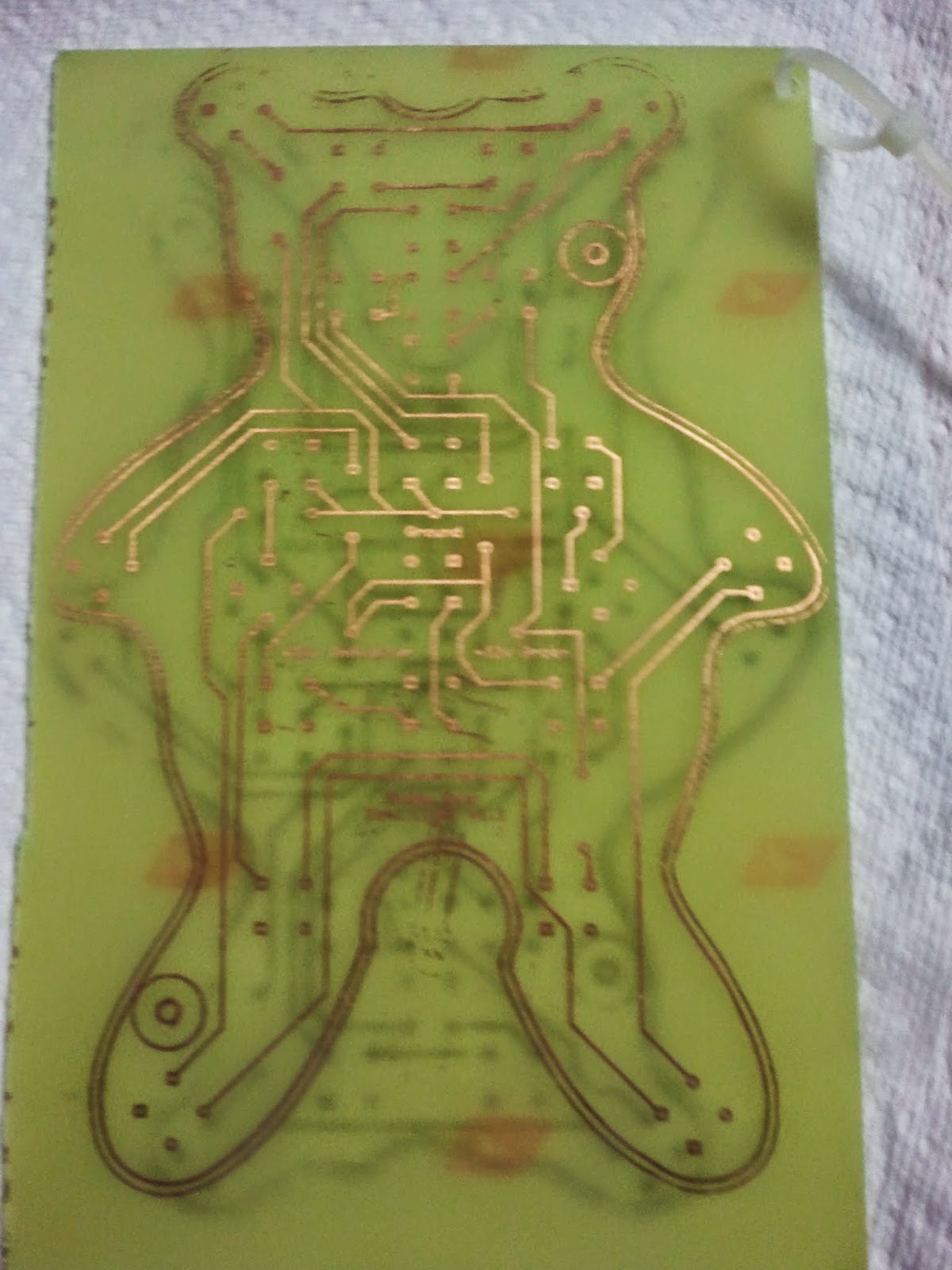 I was, however, very pleased with side #6. Again, it wasn't perfect but there were only two traces that had breaks and I can fix that when soldering.  Also, I should've been a little more diligent while cleaning off toner from previous attempts and you can see the remnants in the etch but that too can be touched up.  Regardless, it will be good enough for me to test my circuit layout and, if I got it correct the first time (doubtful), it may even be the board I use in the final tail light.  We shall see....
at 10:29 AM